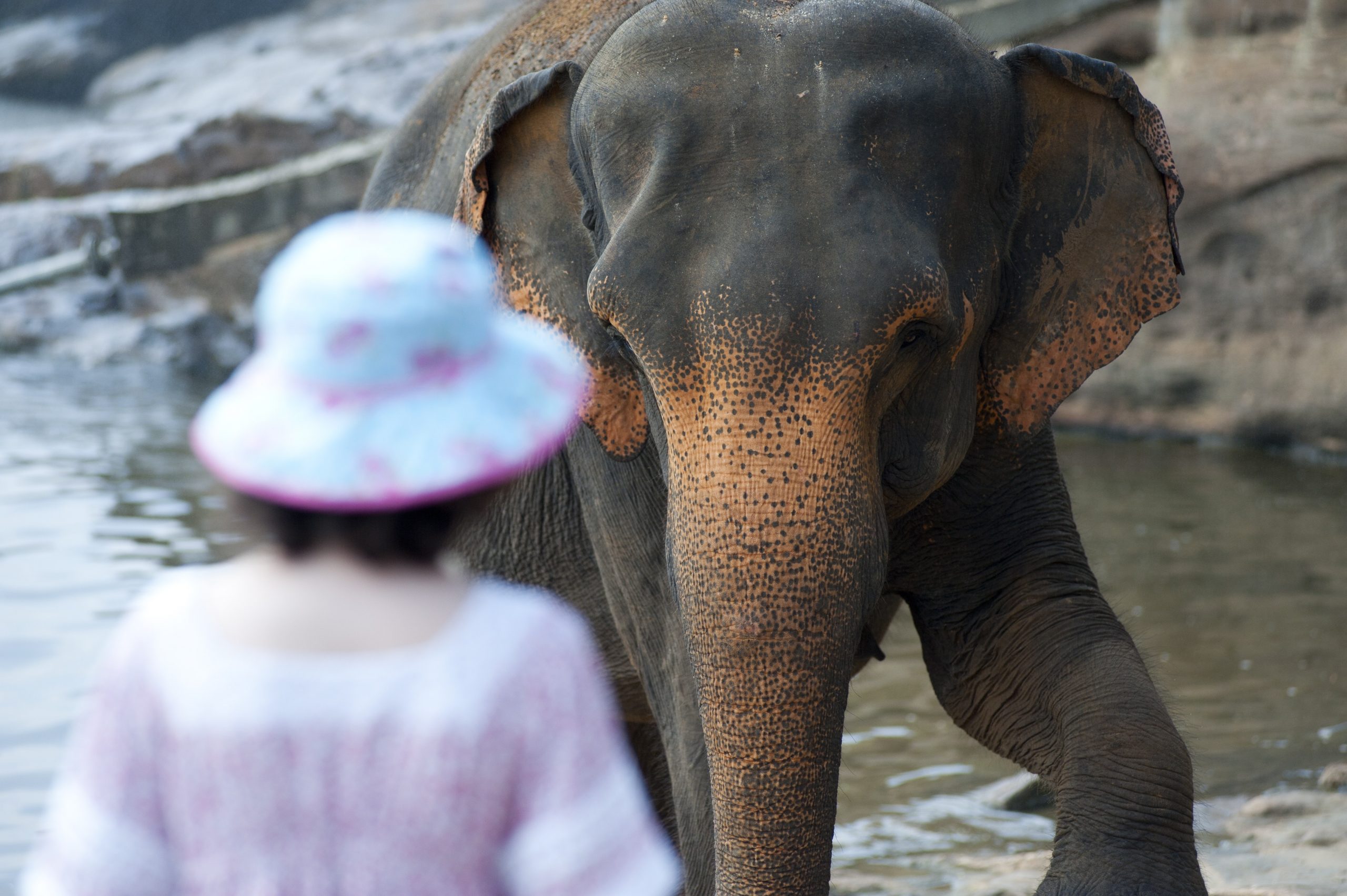 Thursday 1 November 2018 I presented and attended at the symposium ‘Towards Convivial Conservation?: Governing human-wildlife relations in the ‘Anthropocene’’, organised by the Centre for Space, Place and Society of Wageningen University by Bram Büscher and Robert Fletcher. This symposium was also the kick start of the Conviva project, which aims to further our understanding of convivial conservation as a new conservation approach. This approach is generally founded on a political ecology tradition. However, the symposium included a wide variety of topics. The program was a joined effort with presentations from social scientists, ecologists, ethologists and people working in policy settings and other practices. That made the day really fascinating. 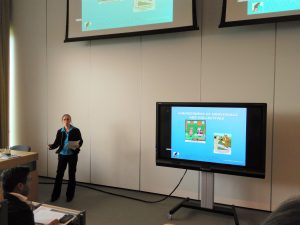 To dive into all projects and presentations would be too much for now, but I like to highlight some topics which might initiate some thinking along with the humans and animals in conservation projects. For example, when we start thinking about conservation measures, we need to think through the animals. Well, particularly when we intend to design measures that are friendly for the users, in this case the wild animals. This requires closely observing the animals and accordingly you might ‘use’ their smartness to experiment and create new wildlife measures that might not seem very straightforward, but very effective. A nice example can be found in New Zealand, where kea’s (parrots) have been a real nuisance at road construction sites, because they play with the road cones and create extremely dangerous situations for the traffic. So what did they do to prevent these kea’s causing nuisance and dangerous situations at road construction sites? The created a gym, specifically designed for these kea’s to have fun nearby these road construction sites instead of playing around with the road cones: see here for some information.

This is interesting because it initiates thinking in a very creative way about living with wild creatures. And said that, the role of technology might also be a very interesting way to progress cohabitation tools by means of developing wildlife-friendly tools. As a note, for instance shocking collars for wolves can be used and are an effective way of keeping them away from livestock, but are not so wolf-friendly.

Another not so wolf-friendly measure is the use of screw collars for sheep to prevent them being caught by wolves. Wolves normally will kill a sheep in the back of their neck, but these collars will prevent that, which makes sense…However, a field full of ‘death metal sheep’, might not be desired. In Switzerland they have been experimenting with other ways of balancing wolves and sheep. They have been experimenting, for example, with night fences and shepherds sleeping next to these night fences. Although the results were positive, in the sense that only 3 attacks by wolves occurred, while ‘normally’, more losses of sheep occurred caused by wolves (around 10%). Still, social pressure to continue with such experiments in combination with a considerable fear of sheep losses during such experiments prevails, although there have been quite positive successes and these experiments are promising. As a result, currently no new projects are initiated.

Listen to each other

In fact the common denominator during the day was we need to listen to each other, whether human or animal, to make steps in conservation practices. Learning to understand individual animals (e.g. geese, wolves, toads, etc), as well as thinking along local people (e.g. what local community members in a local community in Tanzania need to maintain their power: e.g. money, status and sex), and the relations between humans and animals (wild duck-decoy-dog-hunter interactions in the Netherlands; tiger-human interactions in India; black bear-human interactions in Colorado, USA, human-wolf interactions in Finland). Each of them requires their own specific approach, but in all of these cases it is argued that conservation is an ongoing learning process, we learn while doing; conservation is dynamic. We need to go with the flow and be very creative to find ways to live together. Such as conserving lions in the Tanzania community; the researchers had been very creative to improve conservation awareness by taking into account the important values of that community. They provided money for education and health. They increased their status as being ‘a brave warrior’ by collecting points through the use of camera traps and based on the points collected (different animal species had been assigned different points, subsequently the points collected are based on the total number of individuals of a particular species filmed on their camera) they might be regarded as the best warrior of that community, instead of – formerly – would have killed a lion. And finally, the researchers initiated so-called full moon dance events instead of the sex to ‘celebrate’ the ‘hunt’. 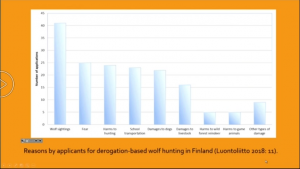 Besides being creative, pursuing cohabitation also requires understanding, for example, why people request to hunt wolves. In Finland they discovered that – mere – wolf sightings, as well as fear are the top two reasons why people require wolf hunting.

This website uses cookies to improve your experience while you navigate through the website. Out of these, the cookies that are categorized as necessary are stored on your browser as they are essential for the working of basic functionalities of the website. We also use third-party cookies that help us analyze and understand how you use this website. These cookies will be stored in your browser only with your consent. You also have the option to opt-out of these cookies. But opting out of some of these cookies may affect your browsing experience.
SAVE & ACCEPT